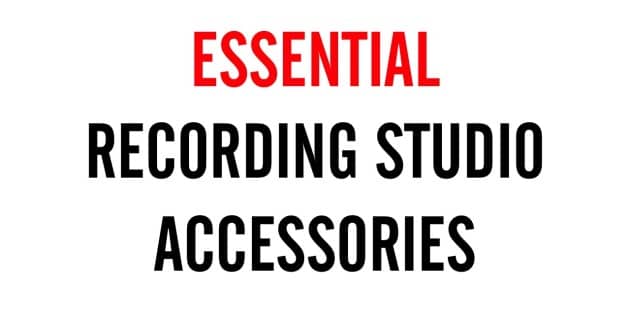 In the last tutorial, I taught you guys how to start recording studio-quality vocals at home with just a condenser microphone, audio interface, and music software. (If you haven't watched or read that tutorial yet, click here). In this article, I’m going to show you guys the common recording studio accessories that professional studios use to get better sound quality while making recording a lot easier. These accessories include: the mic stand, the pop filter, the shock mount, and headphones.

1. What Mic Stand Should I Get?

First, we start off with the mic stand. The reason you need a mic stand is because you aren’t supposed to be holding a condenser mic, since it’ll pick up all the sounds and movements you make and ruin your recordings. 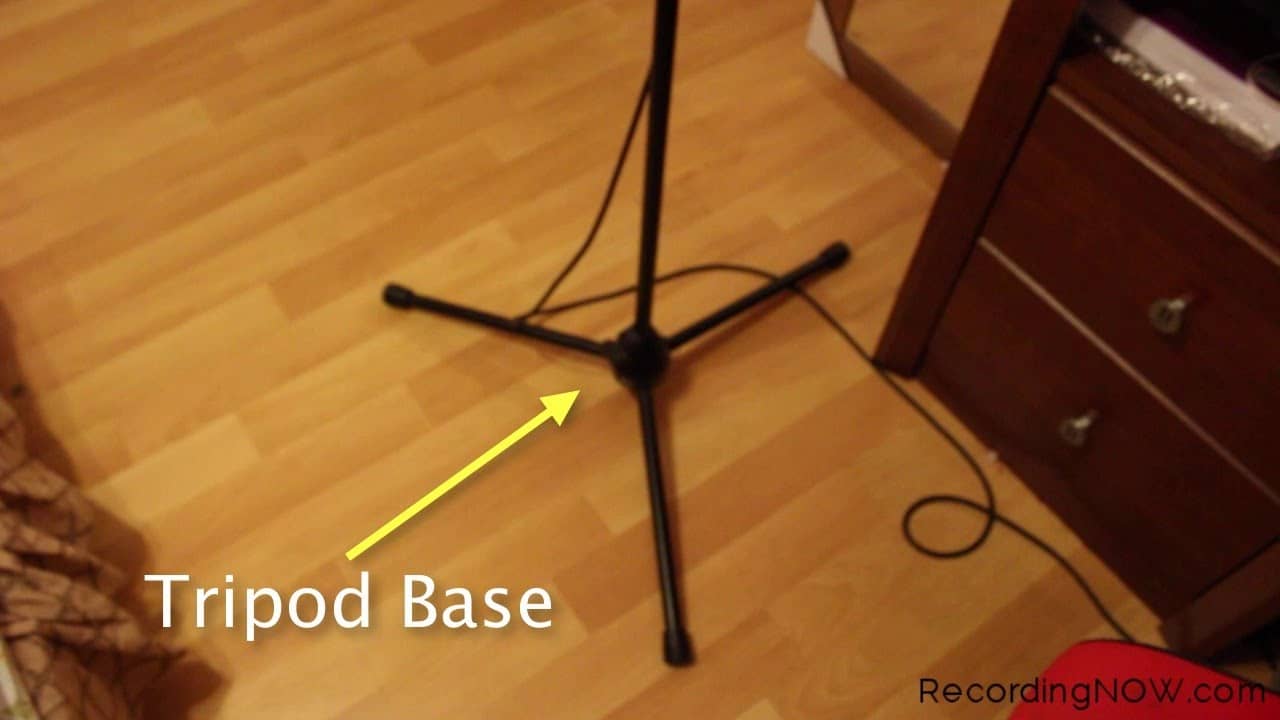 Here is a Mic Stand with Tripod Base 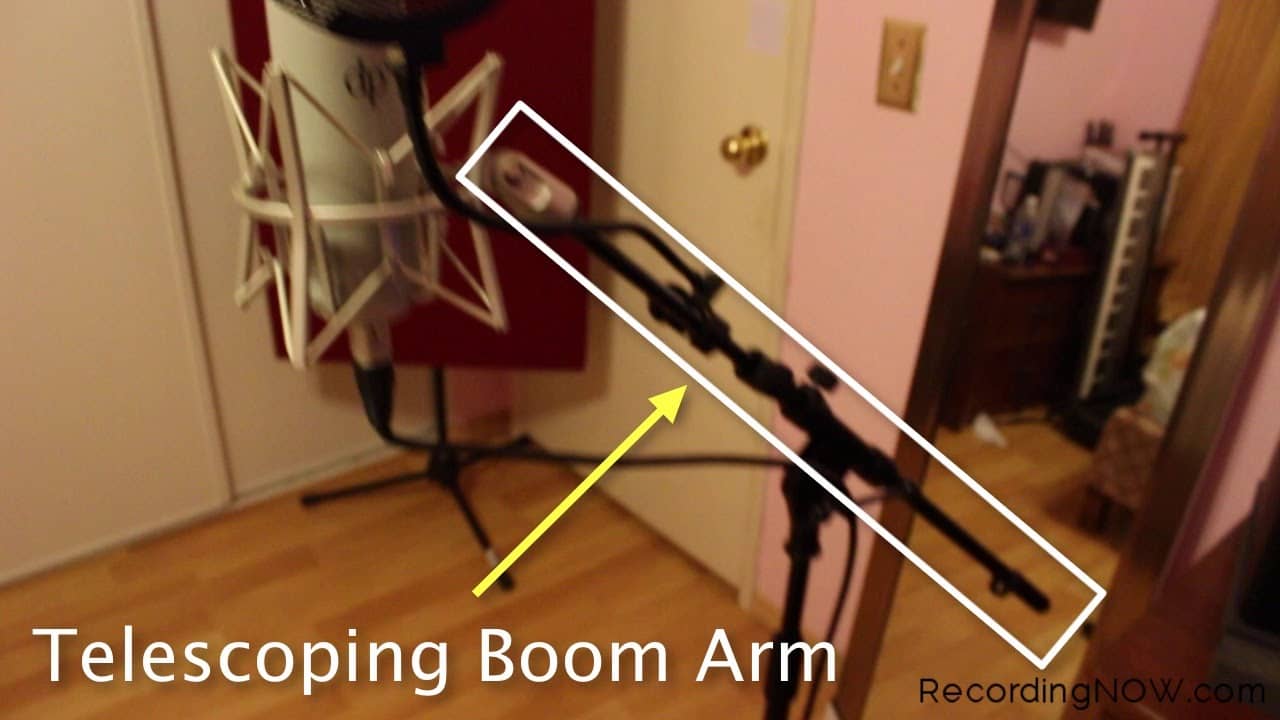 Here is a Mic Stand with a Telescoping Boom Arm

With this kind of stand, you can record either standing up or sitting down, whatever you prefer.

Scroll to the bottom of this post for my personal recommendation on the mic stand I use in my own studio.

Pop filters are placed directly between your mouth and the microphone in order to absorb sounds called “plosives”. 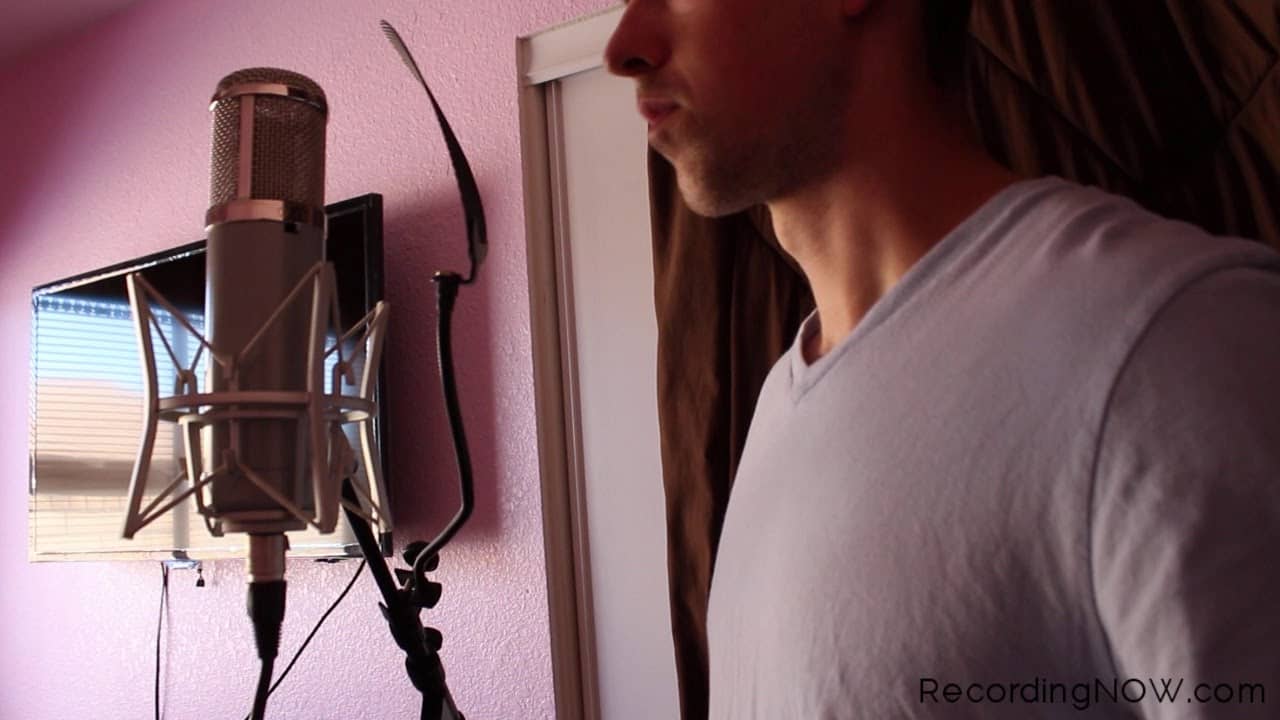 Here is a typical Pop Filter placed between the microphone and the artist.

Plosives are sounds beginning with the letters P or B that release a little burst of air when spoken.

For example, “Peter Piper Picked a Pickled Pepper” is filled with plosives. The problem is that when these plosives hit the microphone, they tend to overload the mic and ruin a recording. Pop filters just absorb the burst of air before it hits the microphone.

Pop filters are mostly the same, and the screens come in either metal or nylon. Scroll to the bottom of this post for a link to the pop filter I use in my studio.

3. What Does a Shockmount Do? 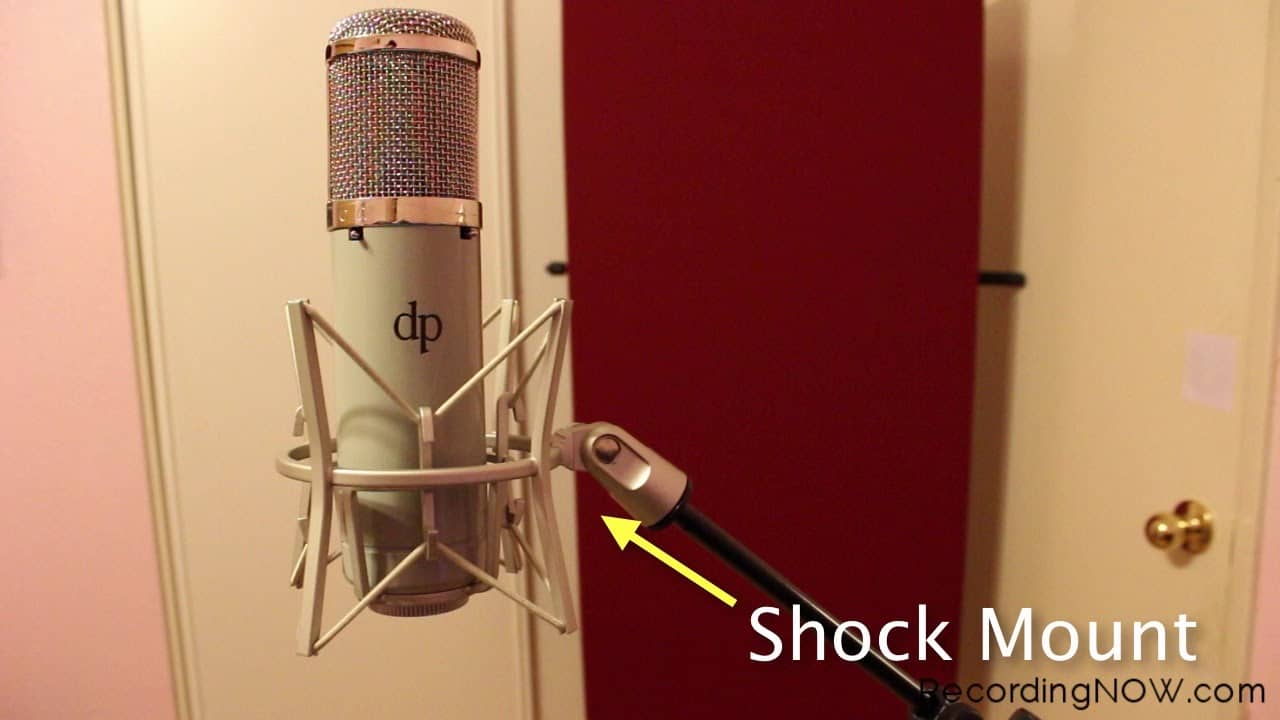 Here is a Shock Mount holding a condenser microphone.

Last but not least, we have the shock mount. This is a device that holds your microphone in place while absorbing small vibrations that your condenser mic can easily pick up.

For example, if you happen to move your feet around or bump the mic stand, then the condenser mic will record this as a rumble, which can ruin a recording. Most microphones come with their own shock mount, but some only come with a mic clip. 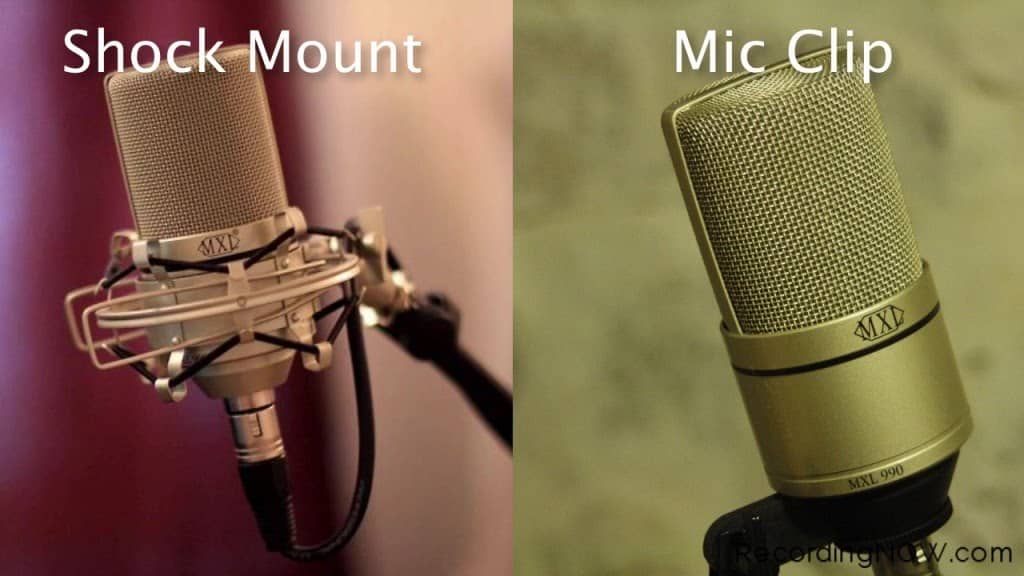 I definitely recommend choosing a microphone that comes with its own shock mount.

4. What about Headphones for Recording? 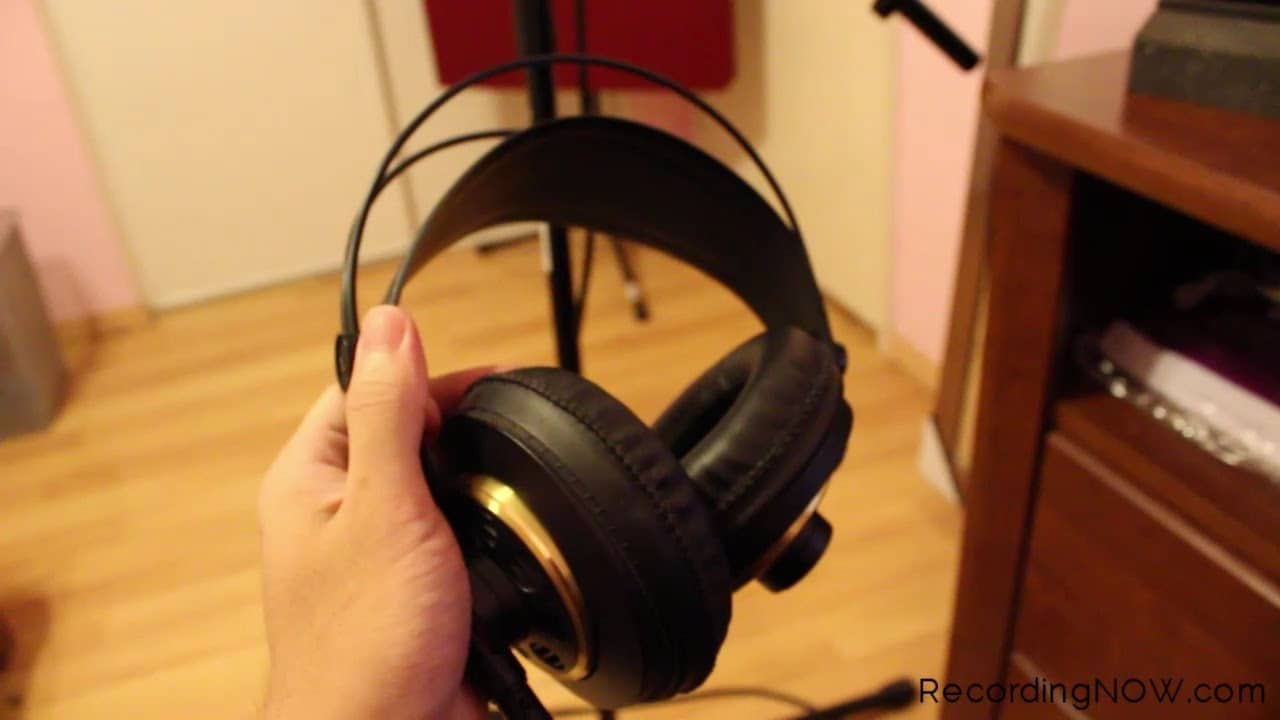 The very last thing I wanted to mention is that headphones are one of the most essential accessories for recording, but I’ll be dedicating the next article specifically just to talk about studio headphones.

Basically, you need headphones so you can monitor your own voice while recording and also listen to the background music or instrumental.

Mic Stand: This one's definitely worth it because cheap mic stands break all the time (I've owned 6). Just buy a good, solid one and be done with it. This is also the #1 selling Microphone Stand on Amazon.com!

Pop Filter: I personally use this metal pop filter which is more durable than a nylon pop filter. Looks good too!